Did I err? Has a golden opportunity to be a “first” passed me by? I've just missed a deadline to submit the paperwork for my inclusion in Who's Who of Australian Women 2011, putatively for my “outstanding contribution to the film industry both nationally and internationally”. I've never discovered which wily prankster nominated me, but the idea of being (presumably) the first entry in that august tome born neither Australian, nor a woman, really tickled me. Next year, perhaps.

Never to mind. Hopped up as I am on cold and flu medication, I will troop on. And prattle on now about MIFFier matters. 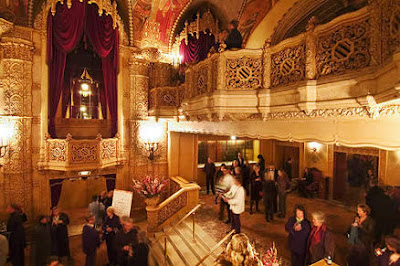 For the third year running, the Melbourne International Film Festival opened with a MIFF Premiere Funded feature: The Wedding Party (d. Amanda Jane). This blowing of own trumpets had worked to advantage in its first two years, with the triumphs of Not Quite Hollywood and Balibo creating expectations that could in no way be met by this year's opener, the tepid rom-com The Wedding Party.

I didn't much like another wedding-themed film I saw recently, which I reviewed during “A Fistful of Celluloid” on SmartArts on Thursday just gone: from New Zealand, Second Hand Wedding (d. Paul Murphy). And while Second Hand Wedding was terribly stagily acted, it charmed me rather more than did The Wedding Party, which was very competently produced, but just lacked something – probably it needed a little tighter scripting, a little less focus on one or two character arcs, and definitely a little magic. Second Hand Wedding, for all its faults and creakiness, did have a little magic up its sleeve.

(As I'm rather too busy with MIFF to write in depth about what I covered on Thursday's radio spot, I'll mention only this: Richard Linklater's Me and Orson Welles is a joy, wonderful in evoking time (1937) and place (New York City and The Mercury Theatre), and in portraying the young, egomaniacal Boy Wonder, with so singular a talent and vision, that was Orson Welles (Christian McKay – sensational!), before the universe found its all-too-many ways to stymie his latter day ambitions and projects. And speaking of magic... it's got it in spades, without and within its narrative! Oh, and Inception is quite good too... (see previous entry.))

As much as I didn't warm to the Opening Night film, I really felt for its cast and crew, in strong and exuberant attendance for that film's night of nights, for the film began – and ran for another five, or even ten, minutes – with 10-20% of its picture being projected onto the curtains to either side of the screen. Astonishing, and squirm-inducing, that this wasn't fixed much, much sooner.

Nevertheless, having Opening Night back at The Regent Theatre, and its party downstairs in the opulent Plaza Ballroom, made for much greater a sense of occasion than the same held at Hamer Hall these last couple of years. Were that Melburnians saw more of this grandiose Spanish Baroque function room, and the equally ornate passage running discreetly down into it from Collins Street. The Plaza would make for a magnificent band room...

I know I'm far from alone in wishing that MIFF had greater access to the Regent throughout the festival proper, and far less need to utilise the dowdy Greater Union cinemas on Russell Street. And, if not the Regent, if only then the Capitol could be pressed back into service. Seems the reasons for its absence from recent MIFFs are manifold; I most certainly hope they are not insurmountable. A visit to the Capitol has all the sense of occasion that a major international film festival demands, while the Greater Union has any atmosphere at all only by dint of the loudly chaotic scenes one ever walks into on entering the complex and negotiating sprawling queue upon queue upon queue.

Clearly, the festival would benefit from another screen or two, in as magnificent surrounds as possible, the better to get us all out of the Greater Union cinemas and into somewhere more picture-palatial, as befits the occasion. My pie-in-the-sky solution for MIFF/The City of Melbourne/their fellow stakeholders is 1) Get the stunning, Walter Burley-beGriffined Capitol Theatre's projection and sound system up to scratch and address any OH&S/public liability issues as may also exist, ASAP, and 2) Restore the Flinders Street Station Ballroom – this is crying out to be done at any rate – and whack a great big screen in it... could the location be any better? The sense of occasion on going to a festival screening any greater?

Onto Day One of the 59th MIFF 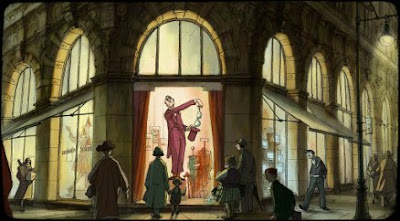 Hopped up, as I was yesterday too, on over-the-counter cold and flu medication, only with a hangover, fatigue from a day's toil just endured and sleep deprivation post-Opening Night thrown in as well, it was off to Russell St, to the dreaded Greater Union cinemas, to catch the much-anticipated The Illusionist, Sylvain Chomet's animated adaptation of an unproduced Jacques Tati(scheff) screenplay. Chomet is best known for his previous hand-drawn feature-length animation, The Triplets of Belleville, of which I'm uncommon fond, so I was really looking forward to this fascinating collaboration-of-sorts from beyond the grave.

Strikingly beautiful, imbued with melancholy, dialogue-free, and charmingly Tatiesque, from its eponymous character's gracefully awkward bodily movements to its humour, ripe with pathos, it in no way disappointed. A curious, even tellingly, reflexive moment occurs towards its end when Tatischeff the illusionist enters a cinema screening Mon Oncle (in live-action), which seems to precipitate an existential crisis in Tatischeff, one which seems highly pertinent in light of certain autobiographical elements within the film, and liberties perhaps taken with them, to the chagrin of the family of an estranged daughter of the great Tati.

Ah, in the old, pre-Interwebs days, such riches of extratextuality would never have furnished a filmgoing experience so soon as now. If you're curious to learn more about long-ago scandals informing and, perhaps, misinforming, The Illusionist, you could do worse than to start at The Arts Desk.

Family feuding aside: I loved, and was transported by, The Illusionist. Edinburgh (albeit ca. 1950s) has never looked better on film!

Next up, in the most capacious of Greater Union's six cinemas: Lemmy. It's a very entertaining, if somewhat loose, documentary on one of rock 'n' roll's most indestructible, talismanic figures, Motorhead's Ian “Lemmy” Kilmister. And it was great fun, more so for seeing it in a big cinema full of ardent Lemmy-philes. That helped compensate for the dreadful projection, cropping the image on all sides, such that the subtitles, naming the tens of endearing talking heads gracing this sprawling doco, were often partially off-frame to the sides and below. 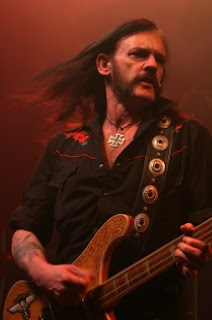 Someone I spoke to after the screening said he'd talked to the cinema manager about this and had been assured that the film was projected every bit as its makers had wanted it; could that reek any stronger of bullshit? As is abundantly clear from this film, Lemmy is a very giving, very genuine human being, and a stickler for getting created things just as he wants them; it's unimaginable he'd endorse a film which would either deliberately and amateurishly short-change its audience, or that he'd have any truck with structuralist pretension along the lines that “no documentary can ever really tell the whole truth about its subject, so we cropped the frame for the film's entirety to represent the essentially compromised nature of the medium.” No, I don't think so either! Adding insult to injury, the curtains closed before the film had completely ended.

Still, Lemmy's a hoot, and does justice to a very humble, unaffected, wondrous strange, great and wise old man of rock.
Posted by Cerise Howard at 17:50