We Don't Know How Lucky We Are

A Little Lie Down: not just a quaint Britishism for something I often need after, before or during the night or day before, but also a tip of the hat to those who, for mine, in exalting the analogous relationship between a good night's kip and the experience of being mesmerised by the moving picture shows, were the first great film critics: the Surrealists.

A second invocation. In inaugurating this cinema-minded blog, I have chosen to invoke Fred Dagg, noted creation of much-admired comedian and satirist John Clarke, who, like myself, is a Melbourne-based New Zealand transplant. For 'tis the truth here in Melbourne town where, atop generally enjoying a high standard of living (even as a cash-strapped cultural labourer), we also take for granted the plenty afforded us by this city's film exhibitors and distributors. This assuredly is a town kind to those of a cinéphilic persuasion!

Given the above, when better could I inaugurate this blog than when Melbourne's foremost annual showcase of things big screen is but days away from rolling into town? Of course, I speak of the venerable Melbourne International Film Festival (curiously coy about its age this year in its publicity materials, I note. But it's a spry wee poppet, with but 59 years on the clock!)

Unusually, I go into this year's MIFF with a considerable head start, for the last twelve months have seen me whizzing about the globe far beyond what had heretofore been my wont, attending film festivals in locales and climes that could scarcely be further removed from the Melbourne of the times: parts of Europe variously in the spring, winter and autumn, and Abu Dhabi last November.

I was lucky enough to catch quite a number of films due to unspool at this year's MIFF on my travels, covering various film festivals for that august journal of record, Senses of Cinema (for whom, furthermore, I toiled (wo)manfully for eight years or so as its principal web designer/administrator, back in the day).

Here begins, then, in its very début offering, A Little Lie Down's coverage of the 59th Melbourne International Film Festival, with links to four festival reports of mine to have appeared in Senses of Cinema, each bearing at least a little commentary on certain films screening at the 59th MIFF:

Seen at the 2009 Mezipatra Queer Film Festival (Czech Republic):
To Die Like a Man

Seen at the 2009 AniFest: International Festival of Animated Films (Czech Republic):
In the Attic, or Who Has a Birthday Today?

And in, and extending, that vein, I've also had a review of Black Bus published at artsHub.

Nifty. So there's a little MIFF preliminary, which happily also sees me establishing some priors in this film criticking lark. Oh were that I could always be so economical with my verbiage! More birds, less stones - a new credo I might aspire to.

Meanwhile, expect plenty more MIFF coverage hereabouts over the coming weeks, and many more ruminations on film culture in Melbourne, and, one hopes once more, far beyond as well. And oh! so much more besides.

So if you'll excuse me now, I'll be off to smash some cheap champers against my monitor.

PS If you frankly cannot be arsed following all those links to scan those articles to find mentions made of the above films, know at least this: Son of Babylon plays


not unlike a cross between John Hillcoat’s recent Cormac McCarthy adaptation, The Road, and something out of the Rossellini canon circa Germany Year Zero

and is essential viewing, to my mind, as is the completely dialogue-free, but beautifully soundscaped, Border, in which


the hardscrabble, traditional lives eked out, season in, season out, by Armenian refugees along the Armenian-Azerbaijani border in a post-Soviet time of conflict are borne Kuleshovian witness by a runaway cow. 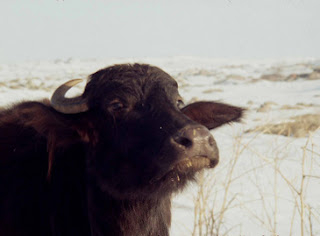