Of recent gads had about Central Europe; the near future, and points of intersection 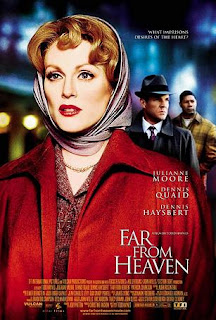 Long-time scanners of A Little Lie Down will know that many a post hereabouts begins along the lines of “Well, gosh, it's sure been a while between drinks” before leading into some sort of lame apology.

Well, with that acknowledgement made I can dodge that particular bullet for this late November '11 stocktake instalment of ALLD and just get the hell on with it.

Two reasons for my not having contributed much to my own blog lately are:

1) I have an awful lot to write before this year is over for publications other than ALLD, publications of a reputable nature which, unlike ALLD, actually and necessarily operate to deadlines.

2) I have been preoccupied by being overseas, attending festivals in Cottbus (Germany, in the old East, not far from the Polish border and where all signage is in German and in Sorbian*), and in Prague, which dovetails neatly into item 1), for one of the things I have to write is a report on the 21st FilmFestival Cottbus for Senses of Cinema for its next edition, and another is a report on the 12th Mezipatra, the wonderful queer film festival in the Czech Republic, which I have notions I'll be submitting to another particular esteemed film journal, though I'd be foolish to say here just which when I couldn't altogether be said to have run it past them yet.

I won't go into too much detail about either of these festivals here, in the interests of dodging ultimate duplication, other than to recount a few personal highlights of Mezipatra which would not necessarily be the stuff of a more formal festival report:

Chief amongst my highlights was moderating a Q&A with Todd Haynes after a screening of Far From Heaven (2002), chased down with a few drinks at Prague's legendary Kavárna Lucerna with the highly affable, accessible director; his lovely partner; a few fellow guests, and various of the Mezipatra staff. At Mezipatra director Aleš Rumpel's behest, I found myself toasting the table as only one too deeply versed in the Australian vernacular can, with a wholehearted “up your arse!” This, happily, went down rather better than, in hindsight, it conceivably might have.

Also: a day or two prior Mezipatra held, upon the hallowed ground of FAMU*, a Todd Haynes masterclass, conducted by Variety critic Boyd van Hoeij. Now you too can enjoy, as did I, a front-row seat for this terrific discussion. Haynes is a terrific speaker, warm, erudite and generous in equal measure, and there's well over two hours' worth of his thoughts upon the cinema - his, and all that which has inspired it.


* FAMU is, rather awkwardly in English, the Film and TV School of the Academy of Performing Arts in Prague. Read the list of notable alumni (some, like Věra Chytilová, these days serve as faculty!) on FAMU's Wikipedia page – and weep!

Here, notwithstanding my slight, doth-protest-too-much, old-school discomfort with embedding video content on my blog wholly the (recent) creation of others, is “Todd Haynes Himself” - the superb Todd Haynes masterclass given on the occasion of his retrospective at the 12th Queer Film Festival Mezipatra in Prague.

Alas, there isn't (as far as I know) any video footage of my Q&A with Todd Haynes, but here at least are a couple of photos so I can still commemorate the occasion here. (With many thanks to Josef Rabara for the photos.)


And now, especially for non-Czech readers of this blog and anyone else who wasn't at the festival and so likely hasn't seen this year's Mezipatra trailer, here then, the better to give you a sense of the festival's flavour, is this (dir: Tamara Moyzes):

Lastly on Mezipatra (for here and now), here's a photo of the beautiful, 102-year-old Kino Lucerna, taken on Mezipatra's Opening Night.

Which brings me, sans an elegant segue, to:
Critical failings of film festivals in Australia...
Chatting with the lovely Boyd van Hoeij in Kavárna Lucerna one evening, we got to talking about his role as one of four (including the delightful, impassioned and sage Tom Kalin – and hasn't Swoon (Kalin, 1992) aged brilliantly well!) adjudicating on the features jury at Mezipatra this year. While Boyd spoke of greatly enjoying his jury duty, having been on many juries previously, I had to confess that I've never served on a film festival jury, and instantly felt something a hick.

This point now dovetails neatly with a near-future engagement of mine to have just emerged. Come Thursday next week – that's December 8, at 7pm – in the absence of Josh Nelson, I'll be joining the remaining 2/3 of the fabulous Plato's Cave film criticism podcasting team – Thomas Caldwell and Tara Judah – on the second of their nine week live-to-air summer season on my beloved Triple R 102.7FM, already home to my regular fortnightly radio gig, “A Fistful of Celluloid” on Richard Watts' Thursdaily artsopotamus, SmartArts.

Per the Plato's Cave formula, I'll chew over three current releases with Tara and Thomas, with the remainder of the show turned over to discussion of some film cultural matter or other. It already having been suggested that I might like to tell a few stories from my recent European adventures, I further proposed that that

When last did a festival here afford local critics a chance to mix with international peers (whether in a formal capacity, say, on a jury) or just through attracting international media to our far shores? Is not film criticism in Australia largely practiced in one great, blinkered, whitebread vacuum, largely marooning Australian critics with only their own for company (little wonder they so often turn on one another), robbing them of opportunities to develop a more internationalist perspective of film (festival) culture, notwithstanding the richness, diversity and heft of the foreign big screen offerings that unspool here more and more every year?

I'd already started to write a stroppy great rant about as much for this blog but would now rather instead focus those energies on delivering the same on Plato's Cave tomorrow week, whereupon Thomas and Tara can immediately present the case for the opposition, if there is much of a one, or at least get several strong opinions of their own on the matter in edgeways.

And after that episode has gone to air, and the podcasting fairies have waved their magic wands across it, I'll be sure to post a link to it here for all whom should transpire to miss it live but wish to catch up with it later.


Another very good reason for publishing something, right here, right now
Truth is too that I needed something to hang a promo on for the Australian Film Critics Association's Film Writing Awards, lest AFCA secretary Bernard Hemingway otherwise find out where I live and pop round to break my knees in frustration at my not having let him know what I, as a card-carrying member of the illustrious AFCA, would be doing (if anything!) to promote the AFCA's awards.

And, so, lo! Behold! And: go forth and compete!

I'll hasten to add that I'll certainly submit something to these awards myself, ahead of the looming deadline of December 31. Perhaps it'll be something to have first had a run here at A Little Lie Down. Perhaps, indeed!

I'll also give the awards a plug when I return to the Triple R airwaves a little later this morning at 11.30, joining Richard Watts on SmartArts and yakking about George Clooney's The Ides of March, Megan Doneman's documentary on Asia Nobel Prize winner, Kiran Bedi, Yes Madam, Sir, and this and that else besides.


*
A personal film criticism and publication diary for the remainder of 2011
Today, Thurs, Dec 1: I return to SmartArts.

Thurs, Dec 8: I fill in for Josh Nelson on Plato's Cave.

Mid-late Dec – I'll submit a report on the 21st FilmFestival Cottbus to Senses of Cinema (along with as many as two book reviews: dekalog 3: On Film Festivals (guest ed. Richard Porton) and Playing with Memories: Essays on Guy Maddin (ed. David Church)). Yikes!

Thurs, Dec 15: SmartArts – Reviews of Lars von Trier's Melancholia and Pedro Almodóvar's The Skin I Live In will be the likely order of the day.

I will submit a review of Alexandra Heller-Nicholas' Rape-Revenge Films: A Critical Study to Bright Lights Film Journal (I must mention that I saw an absolute cracker of just such a film in Cottbus, in new Russian feature, Twilight Portrait (dir: Angelina Nikonova)).

I will submit, presuming such are once more solicited, a wrap of the year that will have been 2011, to Senses of Cinema.

And I must submit a report on Mezipatra 2011 to a certain journal as well.

Busy times! (During which I believe the 3RRR subscriber magazine, The Trip, will post a slightly premature Top 10 of mine for 2011 as well. (What? - you don't subscribe? Well, that's easily remedied – now get cracking!))
Posted by Cerise Howard at 09:33