Far from the Maddin crowd 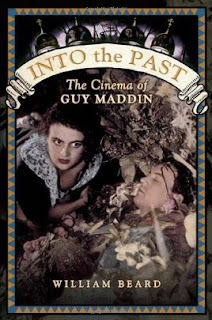 Gentle reader, you might recall from my previous post that I have, per my preferred modus operandi, happily boxed myself into a corner and committed to reviewing William Beard's Into the Past: The Cinema of Guy Maddin for the next issue of Screening the Past.

An ideal I almost always hold out for, for as long as ever is possible, is to view on the big screen the films of anybody whose work I have come to admire or obsess over. And for many a long year I've held out thinking that surely, surely, somebody in Melbourne would stage a Maddin retrospective or season before long. Why, he's been a staple of MIFF programs for several years now, dating back as far as Twilight of the Ice Nymphs (with the doco on Maddin's struggles to make that film and conquer his own self-doubts, Waiting for Twilight, screening at MIFF that selfsame year of 1998.) He's a name (albeit not exactly a household one), a bona fide auteur, a man now with a substantial and accoladed back catalogue ripe for the picking and exceedingly rich in intertextuality, that greatest of boons for a prospective programmer. Furthermore, there's nowadays quite the heft of critical literature penned about (and, indeed, by) him.

But no. No-one here has yet done Maddin any sort of justice, and here I must, frankly, even point and wag the finger of blame at myself. Staging a Maddin retrospective was a notion I strongly entertained myself for quite some time, particularly so when still in the thick of MUFF. (That's the sometimes disreputable, sometimes deservedly so, Melbourne Underground Film Festival, for whom I curated some interesting programs, staged some strange events and ran no small amount of damage control over its fledgling, ramshackle first three years.)

But subsequent to my time with MUFF, with MIFF reliably bringing us in turn each of Maddin's new features and a sometime sprinkling of shorts along with them, my enthusiasm for trying to stage and bankroll a Maddin spectacular off my own steam slowly diminished, and I've let the idea slide.

Oh, but to think... I was in London a little over two years ago, only weeks out from a thorough Maddin retrospective at BFI Southbank. I came oh so close!

So now it falls to me, ahead of devouring and reviewing William Beard's comprehensive-looking new tome on Maddin, to finally get acquainted with those few major titles of his to have given me the slip and which I've been dying to watch all along. So it's to my DVD and poky little home screen I now turn to watch The Dead Father and Tales from the Gimli Hospital for the too, too-long awaited first time.

And watch, and indeed relish them, I did. 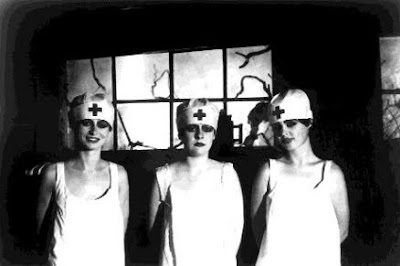 And rather than immediately document my thoughts on these two early Maddins, fool! that I am, I sooner turned to Beard's book to pore over his chapters on them both. And now my newest, and heretofore unconfided, best laid plan – to write up here some sort of account of the umpteen ways The Dead Father and Tales from the Gimli Hospital would doubtless clearly prefigure his later, better known and better travelled works – The Saddest Music in the World, Brand Upon the Brain!, My Winnipeg, et al – appears utterly redundant. Because our man Beard is just all over it. He – with Maddin's acknowledged cooperation – is simply exhaustive in adumbrating every little tip of Maddin's hat to cinema's most heightened yesteryears, in identifying the point of origin of every little exaggerated gesture lovingly pastiched to the brink of delirium, in charting (safely assuming, I think, that the book carries on in the same vein) the evolution of all of Maddin's antediluvianist manoeuvrings and all the richly, often hilariously, Freudian obsessions that riddle his most singular and post-ironic of oeuvres. All that seems, so far, to be missing, is a little Vaseline smeared around its edges...

Short then of a really compelling reason I cannot yet anticipate, I likely won't much mention my own private Maddin-a-thon again around these parts before such time as I'm ready to trumpet the publication of my review of Into the Past in the next Screening the Past. That'll be towards the tail end of the year. But no matter, dear readers, there's plenty enough else grist meanwhile for the Little Lie Down mill. Plenty enough else indeed!

Come Tuesday, 5 October, come one, come all! To the Melbourne Fringe Festival edition of “Cherchez la Femme” at The Penny Black in Brunswick, which will focus on “Feminism and the Arts”.

I have been kindly asked by the formidable Karen Pickering, whose brainchild this ever lively monthly feminist salon is, to join an illustrious panel featuring the likes of Namila Benson, Lou Sanz and Dr Megan Evans to discuss with you, oh glorious public, artsy matters of import to feminists and all their fellow travellers...

Flattered, it will be my great honour to throw my five cents into a very stimulating night spent setting the arts world to rights, interspersed with outbreaks of … variety!

To wit, and I quote from this event's Facebook page:


Song and dance goodness provided by the divine Jane Dust, Emily Jarrett, Eloise Maree and Kitty Bang, who've promised to share some of their own feminist inspiration with us all. It's going to be a huge night and tickets are now on sale at:

If you've got this far it probably didn't escape your attention that just off to the right and back up a bit is a little box headed “Pocket blitherings”, in which is gathered as many as four “tweets” attributed to my good self.

But it's not all bad. In fact, I fancy some good can yet come of this! 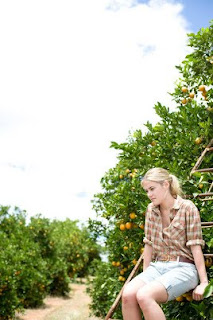 Why... if only I'd already enlisted by the time I emerged from a preview of Richard Gray's delightful, tender début feature film, Summer Coda, on Tuesday morning just passed, so that I could have immediately let fly a pointed, pithy little snark to the effect of “Here's the film that ought've opened MIFF, had it only not been or felt beholden to run with an undercooked Premiere Funded feature instead.”

But let us not lament this lost opportunity (mine, or MIFF's). Sure, you'll all have now to wait instead till nearer its release in mid to late October to hear any tell of how lovely and moving a film Summer Coda ultimately is, recovering beautifully from a slightly wobbly first 15 minutes to have me, come the credits' roll, yearning for a home among the orange groves! (Of Victoria's Sunraysia region, that is.)

Here on in then, if I've just watched me a film, and feel that in the experience there's a high horse worth a-straddlin', you'll not be made to wait to hear tell a little bite-sized something all about it, ideally ahead of a more banquet-sized consideration of the same here and/or on my regular Thursday fortnightly spot on Richard Watts' SmartArts on Melbourne radio station 3RRR. (Exceptions being those strange, increasingly pointless instances (in a post-Twitter age) where publicists insist no advance word be leaked of a given film's merits, no matter whether that word might even turn out to be positive.)

That's all for today's show, folks.

PS A cursory scan of the index of Into the Past: The Cinema of Guy Maddin shows no mention of Jack Smith. No mention at all! So perhaps, as with even the most obsessively thorough of (cinéphile) enterprises, there will be blind spots in Beard's book yet, after all.
Posted by Cerise Howard at 12:51