Of voids and plenty

I had hoped to return to this blog rather sooner, particularly to sign off on MIFF for this year and move on, which I just cannot do without committing to pixels some thoughts on Enter the Void.

Unfortunately, all my best laid plans went to hell in a handbasket last Friday night when, extremely sadly, my beloved little cat, Pushpaw, named most appropriately after one of Frank's mercurial familiars in Jim Woodring's brilliant Frank comics, entered the void herself courtesy of a passing motorist, rendering my Thornbury far less Sunny than ever it's been before. 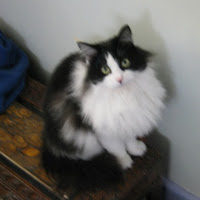 So you'll excuse me if I hold off a little longer from summing up the 59th MIFF and posting about Gaspar Noé's epic, psychedelic ode to death.

For now instead, here's an updated pocket account of Melbourne's overwhelming imminent film festivalling future. Unbelievably, there are (at least) as many as seven film festivals on in Melbourne over the coming month, many with degrees of overlap with one another, all vying for our attention atop all that's otherwise screening in wide, limited or one-off release at one of our vast, sprawling city's umpteen temples to the seventh art. Anyone missing binging on film post-MIFF certainly needn't miss it for long. 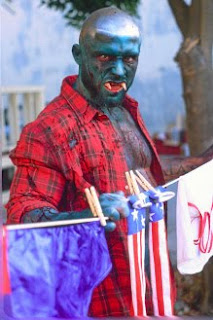 The Other Film Festival – new cinema by, with and about people with a disability – runs Aug 25-29. It'll include a World Premiere demonstration of the Eyeborg camera in operation!

The Melbourne Cinémathèque resumes its Wednesdaily screenings tomorrow with a four week long season entitled "Dark Star: Alain Delon". I'll be there tomorrow for sure to catch Delon at his peak in René Clément's Plein Soleil (1960) and Jacques Deray's La Piscine (1969).

And anyone really suffering MIFF withdrawals can catch any number of MIFF titles now entering release, per an earlier post of mine. The last two weeks alone have already seen the release of The Special Relationship, The Clinic, The Ghost Writer, Peepli [Live], Scott Pilgrim vs. the World and Splice; come this Thursday, Four Lions and Matching Jack will go wild as well.

The week following it'll be the turn of The Killer Inside Me and Taika Waititi's wonderful Boy. 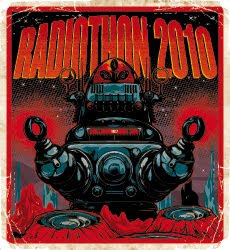 I'll be sure to speak about some of all of this when I'm on SmartArts from 11am this Thursday. Yes, that's half-an-hour earlier than usual, the better to help Richard Watts expound the innumerable virtues of subscribing to 3RRR during its annual Radiothon, the better in turn to keep my and his likes on the air for another year!

And now: a moment's churlishness

While there's so fucking much on in Melbourne at the moment – and let us not forget the imminence of the Melbourne Writers Festival as well – here're a few other things I'm aware of going on in the wider world which I'd dearly love to attend and so wish were on in Melbourne instead:

1. Cinema as Poetry: František Vláčil
running Sep 1-30 at London's BFI Southbank (and elsewhere in the UK too).

A comprehensive season of films from one of the Czechoslovak New Wave's leading lights, even if he's not a household name on the order of Miloš Forman, Jiří Menzel, Věra Chytilová, Jan Němec, Ivan Passer, Juraj Jakubisko and friends.

Still, at least more and more of this Czech filmmaker's oeuvre is becoming available on DVD courtesy of the untiring championing of the fantastic British label, Second Run. (What do you mean you haven't seen his mediaeval masterpiece, Marketa Lazarová (1967) yet? Fix it!)

2. William Lustig Presents
on now until Aug 20 at Anthology Film Archives in NYC.

In which the founder of Blue Underground, American distributor of finest, most disreputable, restored cult classic DVDs (a number of which are evidently turning up here licensed by Umbrella Entertainment), presents a fantastic selection of undercelebrated late '60s and '70s crime films, including a couple of the sorts of non-canonical post-nouvelle vague Jean-Paul Belmondo action flicks that never get screened or distributed 'round these parts. 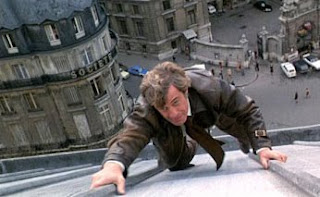 Who wouldn't want to see Belmondo “leaping across rooftops, crashing through windows, and hurtling through subway tunnels atop [a] train, all accompanied by another classic Morricone score!” (From notes accompanying the screening of Fear Over the City (Henri Verneuil, 1975)).

It's for genre films like that, more than for his cinéphile-fodder collaborations with Godard et al, that Belmondo's (now craggy, George Hamilton-esquely tanned) face is still ubiquitous around Europe, wherever tobacco, newspapers and cheap DVDs are sold.

Ah hell, maybe I can get to some of this yet... Looks a great program. Why isn't this on in Melbourne? There's always room for one more!

It would be dreadfully remiss of me not to post here a hearty CONGRATULATIONS! to Michelle Carey, my former Senses of Cinema colleague (she's still there; me: less so), on her appointment as Artistic Director of MIFF. My feeling is that she's been Melbourne film culture's Most Valuable Player for a few years now, and I really look forward to the new directions she'll take MIFF in, beginning with its 60th edition next year. It's fantastic news, methinks. Congratulations, Michelle!
Posted by Cerise Howard at 16:27