Of porridge for brains and a little more MIFF

My mind is porridge. Can I even still English? Will word brain once more shake hands with film brain and the former elicit from the overstimulated latter enough sense to successfully convey something here of my engagement with the arse end of the 59th MIFF? 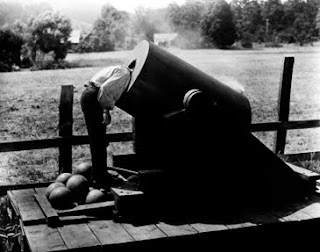 For me, an exhausted muddleheadedness is invariably symptomatic of my annual MIFF comedown, when I return to something akin to normal operating hours and functioning, characterised by rather less frenziedly haring about from cinema to cinema to festival club to cinema to Sunny Thornbury and back again for more the following day.

But, oh weary fellow traveller! With the ending of one Melbourne film festival (and how! - which is to say, I had myself quite the time at the Closing Night shindig), another several loom large on the near horizon. (For the particulars of just the soonest of which, see below.)

Truth be told, it's not just the more-than-a-fortnight long gross overindulgence in film that's slowed me right down, and resulted in no update to this blog in just on a week. There's also all that stuff that my likes must needs attend to in the course of returning to a few ordinary days in the life of...

In this instance, that 'stuff' includes, but is not limited to, bouts of gainful employment; the search for more – and more gainful – gainful employment; the joyous formal assumption of Godparenting duties, for want of a more secular term for the same; attending Czech evening classes; attending to my taxes; no small amount of animal wrangling, and a few all-too-little little lies down.

I've not 'arf had my work cut out for me lately.

But I no complain.

Gawd – I'm not quite ready yet to tackle all of what still remains to be accounted for of my MIFF. So we'll do this thing in instalments. And leave, I think, Enter the Void, till the very last. Till tomorrow, at the earliest.

I'm remembering, as I type this, my mortification when one Watts, Richard informed me I'd muddled my Buster Keaton masterpieces on air last week in challenging listeners to RRR's SmartArts to pick the scene where Buster breaks his neck in The General, screening at MIFF the day afterwards, with a new live score written, and to be performed by, The Blue Grassy Knoll, when it was in fact in Sherlock Jr. – one of my most beloved films of all time – that it occurred. Quelle horreur!

Oh, were that I had gotten along to The General this MIFF, and likewise, to the recently reformed Blue Grassy Knoll's presentation of Sherlock Jr. just a few weeks prior. I've seen them do Sherlock – and other Keaton greats – a few times before, but it never grows tired. It never will. A further shame that my memory had to blur these two films together just when I had a microphone in front of me! Just as it's been blurring all of my overtired recollections of my cinematic experiences from the tail end of this year's MIFF ever since, making for one great metafilmic, neuron-blocking mind-blancmange blobbing along every neural pathway in my brain and dulling anything it comes into contact with...

I'll try to uncloud it all a little, the better to give some sort of satisfactory account of films seen over my last few days at the 2010 MIFF.

Absolutely unique, a wonderful slice of absurdist nonsense which ultimately assumes cosmic – even Jodorowskyesque – proportions, and which could only have come from Japan. 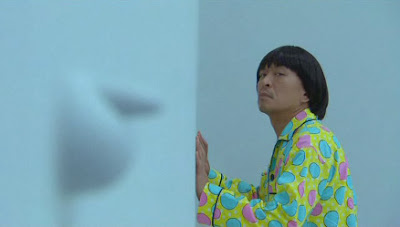 Director and comedian Hitoshi Matsumoto (already big in Japan!) places himself directly in front of the camera for 75% of the film, during which time he is mostly confined to the one room, featureless but for the gradual appearance of oodles of cherubim embedded into the walls, and for the objects that materialise in the room upon Matsumoto's initially tentative, and later, highly jaded, interaction with them. How ever will he escape from this room and its magnificently arbitrary torments?

The remaining quarter of the film chiefly concerns the travails of an unpromising Mexican wrestler, “Escargot Man”. It's with his story, almost played straight, that Symbol in fact begins, and we return to it at intervals throughout the film, until Matsumoto finally shows his hand and joins the film's two utterly disparate threads in the most extraordinary and hilarious fashion. There is not a person on the planet who will see coming one of the biggest laughs they will probably ever have.

Truly original, dumbfounding and very, very funny indeed, Symbol is my unheralded highlight of the festival.

Or Das Tank. Subtitle: The likely non-continuing adventures of four dumb guys in a tank. A tank, that is, rolling into the very beginning of the Israel-Lebanon war in 1982, and one its terrified crew can't escape from, but which other people seem to be able to enter and exit at will, sometimes even bringing company with them. 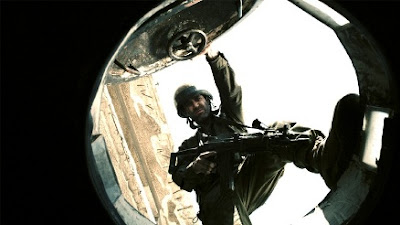 I know I shouldn't be cavalier or glib about films aiming to 'tell the truth' about very serious, unpleasant, recent and still raw historical matters, but I flatly didn't like Lebanon, no matter how autobiographical-cathartic it might be for director Samuel Maoz, whose wartime experiences it recounts. Never mind too that it's already been showered with accolades on the festival circuit.

Sure, I get it. Conscription is stupid. War is hell. I get it.

But Lebanon just bored me. Perhaps I'm all war filmed out. Or maybe the four dumb guys in the tank were just so unsympathetic that I just couldn't care less about their plight. I dunno.

A Turkish film exemplifying a certain mode of filmmaking, the merits of which have recently become the stuff of sniffy tiffs raging across the critosphere: so-called “Slow Cinema” (per Jonathan Romney in the February 2010 issue of Sight & Sound). Yes, very little happens in Honey, and it sure takes its sweet time proving that point, but, hey – why not just enjoy the ride? The scenery's very beautiful, after all. 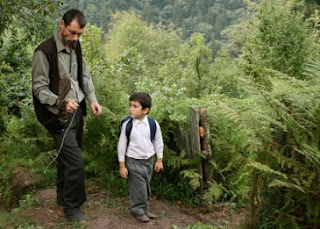 The MIFF program tells me it's set in the Anatolian mountains. Let me tell you, they're very picturesque indeed (at least, in the right steady hands, as here). There's nowhere else that comes to mind where I'd rather a film, full of sleepy long takes, be set, in which a young boy struggles with a stutter, a father struggles to find enough wild honey to support his family and nine tenths of bugger all else happens.

Honey was lovely; I took my parents and my sister along to see it so they might all better understand this 'film festival thing' I'm so enamoured with, and they're all still speaking to me so I know I done good.

And, lest I forget, post-MIFF the Melbourne Cinémathèque resumes its Wednesdaily screenings next week. And how! With a four week long season entitled "Dark Star: Alain Delon". That's how.

We don't know how lucky we are.
Posted by Cerise Howard at 22:20